“Constitutional Moments” for the European Union? – A conference on the 60th anniversary of the Europa-Kolleg Hamburg

Bruce Ackerman’s theory of “Constitutional Moments” – constitutional-creating moments in which a political community redefined the normative foundations of their life together – was the guide a conference on 14 and 15 November 2013. From the perspective of law, economics and political science, the history of European integration has been consulted with regard to such constitutional moments are tangible whether and to what extent. The fact that Europe, especially of crisis shocks owes its progress towards integration in the face of current crisis scenarios is quite an optimistic voting quintessence of the meeting. The publication of the conference proceedings is planned for 2014. 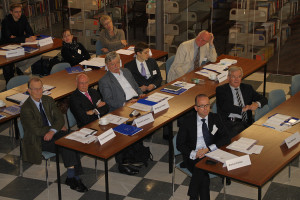